They engaged in consulting as well as design and fabrication of composite production equipment based on a novel reinforced plastic process developed by Mr. McClean.

This process became what is now known as “filament winding”.

In 1977, McClean Anderson became a subsidiary of Price Brothers Company of Dayton, Ohio. In 1992, Industrial Service and Machine, Inc. purchased McClean Anderson and relocated all operations to Schofield, Wisconsin.

“We are the world’s leading manufacturer of composite equipment dedicated to providing you, our customer, with the highest quality, the best service, and the most value in the industry.” 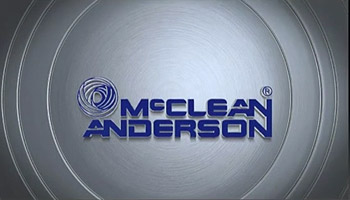 Learn more about McClean Anderson  and our history as the leading manufacturer of filament winding equipment.